January 15, 2019 Create Folders and Sub-folders on Uploading a CSV File in Alfresco 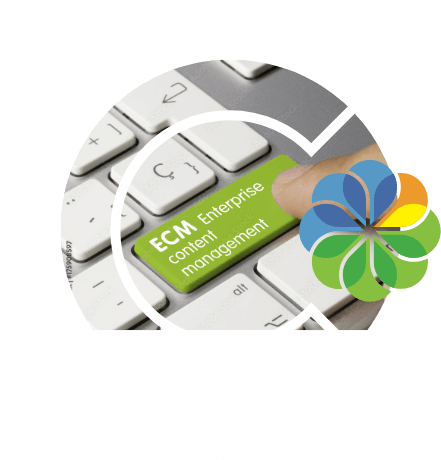 A typical Document Management System use case in Alfresco would require creating multiple folders while implementing for the first time or any time in future as well. Those folders can be for each employee, branch or project in the organization. Creating them manually is a mundane, time-consuming and prone-to-error task. How if you can create these folders with a mere upload of a CSV file? Sounds interesting?

In this blog, we have provided you a code using which Alfresco developers would be able to set a mechanism for the users who would get the following functionality.

We need to have two folders, one in which we would upload the CSV and the other where the folders will be residing after auto-generation, let’s name it as target folder. We have considered that the auto-generated folder will be renamed as columnAvalue_comunBvalue (by using values in the adjoining columns in the same row of CSV). So, the CSV we upload in this case should have one row for each folder with two columns to be placed as folder names. The sub-folders will be fixed for any auto-generated folder (In this case we have named them child1…child6). You may amend the code as per the business requirements of your client.

Step 1: For creating folders and sub-folders we need to write the script.

So first we create “csvUploadFolderCreation.js” file and put it in “Data Dictionary/Scripts”

Step 2: Create a folder (Csv Upload) in your site and go to the action “Manage Rules”.

Step 3: Create folder “Target” Which Contains all the folders which are created from csv.

Sub-folder will be created in Target folder as per the csv data.

If you find any challenge in implementing the same, feel free to contact us.

Importance of Customer Portal for Bank and Financial Organizations

How UX is Beneficial for Your Company?

Let us connect the digital dots!

We are seeking dynamic professionals and unstoppable talents to craft distinct solutions for our clients to enhance their businesses. Come, join our fair & focused, optimistic & thoughtful world and deliver excellence together.

CHECK CURRENT OPENINGS
We use cookies to ensure that we give you the best experience on our website. If you continue to use this site we will assume the you are happy with it.
OkCookies Policy
Manage consent

This website uses cookies to improve your experience while you navigate through the website. Out of these, the cookies that are categorized as necessary are stored on your browser as they are essential for the working of basic functionalities of the website. We also use third-party cookies that help us analyze and understand how you use this website. These cookies will be stored in your browser only with your consent. You also have the option to opt-out of these cookies. But opting out of some of these cookies may affect your browsing experience.
Necessary Always Enabled
Necessary cookies are absolutely essential for the website to function properly. These cookies ensure basic functionalities and security features of the website, anonymously.
Functional
Functional cookies help to perform certain functionalities like sharing the content of the website on social media platforms, collect feedbacks, and other third-party features.
Performance
Performance cookies are used to understand and analyze the key performance indexes of the website which helps in delivering a better user experience for the visitors.
Analytics
Analytical cookies are used to understand how visitors interact with the website. These cookies help provide information on metrics the number of visitors, bounce rate, traffic source, etc.
Advertisement
Advertisement cookies are used to provide visitors with relevant ads and marketing campaigns. These cookies track visitors across websites and collect information to provide customized ads.
Others
Other uncategorized cookies are those that are being analyzed and have not been classified into a category as yet.
SAVE & ACCEPT